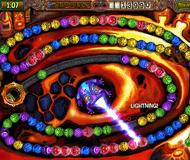 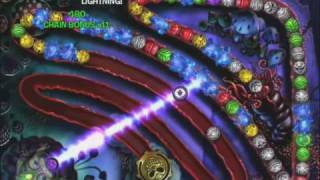 Voted GAME of the YEAR and TOP MATCH 3 GAME at the 2010 Great Games Awards!

Leap into ball-blasting action in Zuma's Revenge!(tm) – Adventure and take on the Tikis in this ribbeting sequel to the smash hit!

The little stone frog idol finds itself adrift in the ocean and soon makes land on a strange island. There, fierce Tikis guard the island's mysteries. Challenge the Tikis in this single mode version of the exciting game to conquer over 60 levels of fast and perilous shooting action!

Shoot stone spheres to destroy a chain of oncoming balls. Stay sharp and match three or more of the same color to make them disappear. Use explosive new power-up balls like the Tri-Shot and Laser. Slide and hop to different locations for an extra advantage. Take on Boss battles and guide the amphibian to victory! 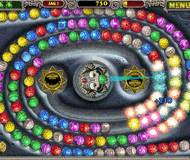