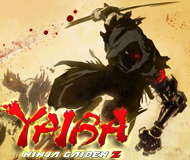 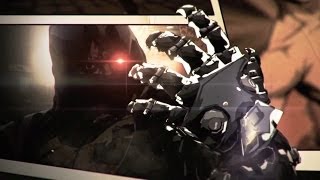 Step into a living comic book in this new take on the Ninja Gaiden series. Brandishing his ninja sword and the mecha weapons in his cyber arm, Yaiba slaughters zombies with brutal, over-the-top abandon. Will you slice enemies to pieces, crush them with Yaiba's cyborg arm or just rip off a zombie’s arms to use as nunchucks?

Yaiba: Ninja Gaiden Z is a third-person hack and slash video game that features elements similar to previous titles in the series. Players can run, jump, block and attack enemies using Yaiba's blade. A score multiplier on the right-hand of the screen accumulates the player's hit-count on the enemy. The "Ultimate Technique" mode seen in other titles has been replaced by a mode called "Bloodlust" which, when activated, allows Yaiba to decimate multiple enemies around him in quick succession.