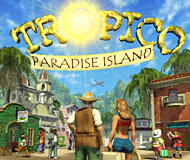 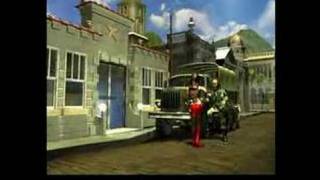 Tropico is a series of construction and management simulation computer games developed by PopTop Software and published by Gathering of Developers in April 2001. The games see the player taking the role of "El Presidente," the ruler of an island in the Caribbean during the Cold War era from the 1950s onward.

The game is tongue-in-cheek in its presentation of banana republics, using a great deal of humor while still referencing such topics as totalitarianism, electoral fraud, and the interventions of powerful companies (United Fruit is implied) and the Cold War superpowers (the United States and Soviet Union).

The main goal of any Tropico game is to stay in power. If the island's populace disapprove of the player's actions, they may vote their leader out of office. Individual factions and powers can also end or disrupt El Presidente's rule. Rebels can defeat the army and storm the Presidential palace. If the army is dissatisfied, it can stage a coup d'état.

If either of the Cold War superpowers becomes unhappy with the player's regime, it may launch an invasion to overthrow it. In later versions of the game, dissatisfied factions can also stage protests that disrupt key facilities. A successful leader will have to either meet the needs of the populace, the political factions, and the wider political world, or establish and police a totalitarian military dictatorship and watch the army carefully.

In random map games, the player can customize the map of the island, adjusting its size and steepness to personal preference. Many other aspects of gameplay, such as political and economic difficulty, can also be customized to make the game easier or more difficult.

The player is able to issue a number of governmental edicts, some of which require funding or the availability of particular buildings. Edicts are used to achieve various game effects, from appeasing one of the superpowers by openly praising them, to instating martial law or giving a tax break to the populace.[3]

The game calculates a score for the player at the end of the game. This score is based on a variety of factors, including the happiness of the island's citizens, the health of the island's economy, how much money the player has set aside for his own retirement in a Swiss bank account, and the level of difficulty chosen at the start of the game. 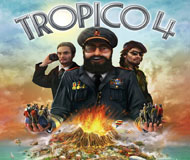 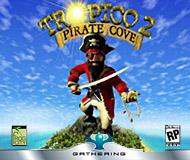 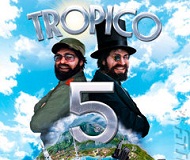