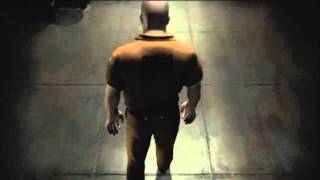 The game design is still familiar on the surface. Double Agent is still by and large a traditional stealth game. You'll sneak around, break necks, stab thugs in the chest, snipe, explode, pummel, and beat them. It's all in a good day's work for Sam Fisher. But by giving gamers choices eventually leading to multiple outcomes in a branching story, not only does Ubisoft solve the biggest problem embedded in all previous Splinter Cell games -- which was its empty, worthless stories -- it went one better. Double Agent digs down into the very role of duality by giving gamers hard choices to make. Whether that means confronting the option of nuking innocents on a cruise ship or betraying Fisher's associates with a gunshot to the head, it's now possible. Splinter Cell forges a path into the messy core of managing two extreme organizations without losing the trust of either one and the results are subtle and complex, engaging and even a little thought provoking.

Choices do. Double Agent comprises six traditional levels and four very different, JBA-style missions. Every two levels or so you find yourself hanging out with the other working class radicals in the six-story JBA HQ. These are open-designed levels comprising a handful of primary, secondary and tertiary goals, the first of which need to be completed to progress, while the others are gravy. You're given tasks: complete a training course, crack a safe, build mines, or hack encrypted emails. You're given a time limit, which always exceeds the amount of time necessary to complete the task, and you're left alone to explore. What should you do first? The first task is to pass through a training course and crack a safe. With time left over you can train in the shooting range, sneak into offices and complete tertiary tasks by gaining intel, or wander around to get a feel for the environment. All you have to do is return to the original spot before the timer is up. The trick here is that you have no weapons, gadgets, nor tools, and you can't attack or hurt JBA members. Otherwise you'd blow your cover. It's real stealth -- hiding, timing your moves, and sneaking -- and it's solid.