Einsatz, the city of music, founded by the legendary conductor Carlos and his companions and brought to where it is today by its citizens, the Audience. Talented musicians from around the world flock here with dreams of performing in King Hall at the top of Concerto Tower, which stands tall over the city.

Takt has come to Einsatz to pursue his own dream of becoming the world’s best conductor. Little did he know that he’d be in charge of the ramshackle Fayharmonic, an orchestra on the verge of collapse. Leaning on Takt as their last hope, the Fayharmonic and their new conductor set their sights on King Hall.

Thus begins the tale of Takt and his companions in song! 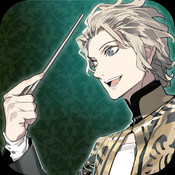