Sir, You Are Being Hunted 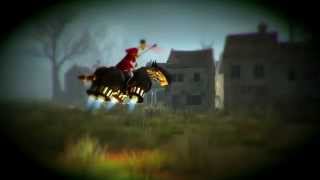 Sir, You Are Being Hunted is a procedurally-generated British horror in which tweed-wearing robots hunt you for sport. Roam the landscape, scavenge for food, hide breathlessly in the undergrowth, flee in terror, and even fight back with stolen weapons.

Sir is a stealth and survival game unlike any other.