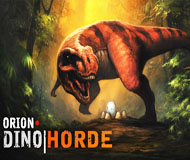 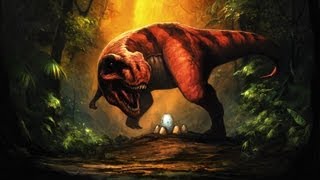 ORION: Dino Horde’ is an indie Sci-Fi shooter (FPS/TPS) that seamlessly blends together incredible visuals and addictive combat. It puts you and your friends together into intense, cinematic battles using some of the most incredible weaponry and amazing vehicles in which you must work or compete against one another to accomplish mission objectives, explore giant worlds and survive the devastating Dinosaur Horde.

In addition to the return of the adventurous and survival-based cooperative gameplay, 'ORION: Dino Horde' features intense, retro-inspired and over-the-top PvP competitive action via 'The Arena' which will be launching with four unique game modes including one where you can play as Dinosaurs!

Can you survive the Dinosaur Horde?