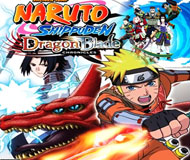 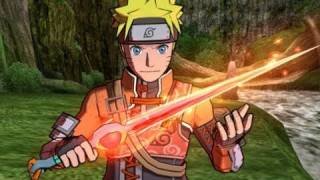 While many games featuring Naruto recycle storylines from the anime, Dragon Blade Chronicles tells a new tale. Hidden Leaf Village is devastated by the attack of a dragon, and a mysterious girl named Akari presents Naruto with a weapon called the dragon blade, which he uses to defeat the fearsome beast. Akari tells Naruto that her brother is planning to awaken the light dragon and use its power to destroy the world, and soon Naruto and a few comrades set off for Mount Koryu to confront this threat. Meanwhile, Naruto's longtime rival Sasuke journeys to Mount Koryu for reasons of his own. It's nice to experience an original Naruto story for a change, and the familiar and reliable voice actors give solid performances, but at times the cutscenes drag on for frustratingly long stretches, and you don't have the option to just click through the text at your own pace. You need to either listen to each line being said aloud or skip the story sequence entirely.

The action jumps back and forth between Naruto and Sasuke, both of whom control identically. The story establishes that Mount Koryu interferes with a ninja's chakra, providing a convenient excuse as to why neither playable character can perform the tremendously powerful attacks they can usually pull off without breaking a sweat. Instead, they must resort to mostly just slicing away at enemies, which is pretty dull. All attacks, including longer combos, are performed with the same button. Naruto and Sasuke do have some meager ninjutsu attacks available, despite the chakra interference, and as you progress, you find scrolls in treasure chests that give you new abilities. But these don't do much to enliven the combat. Your enemies are dumb as posts, so whether you defeat them with quick swings of a blade or with one ninjutsu attack or another, there's no satisfaction to be gained from victory. 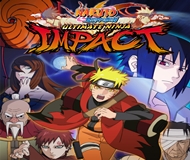 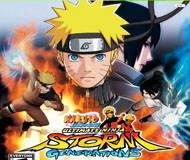 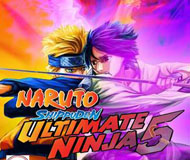 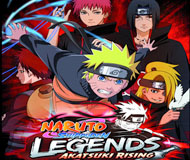 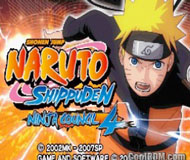 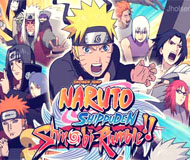 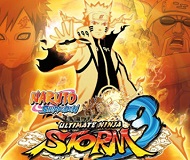 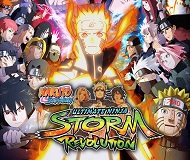 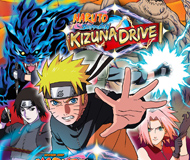 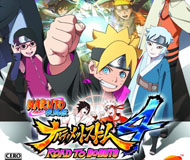 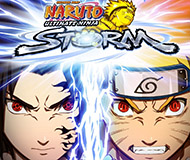 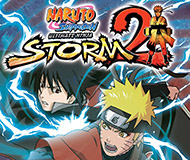 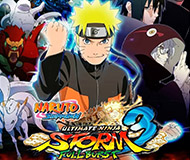