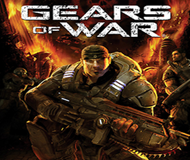 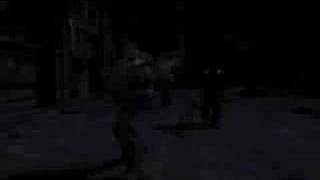 Released near the end of the Xbox 360's first year on the market, Gears of War was a defining moment for Microsoft's console. Its gameplay relied heavily on forcing you to take cover to avoid enemy shots, which meant that it required a healthy dose of patience as well as a steady trigger finger. It then beat that mechanic into your head over the course of its quality story mode, while also letting you team up with a friend online to take on the nefarious Locust forces together. Of course, it also had an amazing team-based multiplayer mode in which up to eight shooters could connect and go at it in a variety of different modes. Over time, more multiplayer maps and modes were added to the collection via the Xbox 360's download service. All of that great stuff is now available on the PC, on which the game looks better than it ever did on the Xbox 360, and without sacrificing anything in the process. If you've never played Gears of War, or if you just haven't played it in a while, do yourself a favor and try this new version of the game.

The game's story component puts you in the shoes of Marcus Fenix, who up until the very beginning of the game was serving time in prison for treasonous behavior. But the war effort requires his special brand of badness, so he's quickly set free, dressed up in his old soldier garb, and put back into action with the members of Delta Squad. Your enemy is the menace known as the Locust, which seems to be an amalgamation of different races and creatures, all seemingly devoted to exterminating your kind and taking over your planet. The game's plot points are inconsequential and work in a number of meaningless MacGuffin devices that serve as the only impetus you need to march from point A to point B while gunning down bad guys the whole way. You'll blast even more bad guys in the PC version of the game, which has a new section at the start of the final act that fills in a blank left by the 360 version. It does a better job of explaining how you go from running away from a huge beast with rocket launchers mounted on its head and shoulders to showing up at a train station to take the battle to the enemy general before he ruins everything.

The new content in the campaign is significant because it's new, but it's not especially noteworthy in the grand scheme of things. If anything, it probably would have worked better as a separate "deleted scenes" mode than as an integrated part of the game because it changes things up a bit in ways that betray the difficulty progression of the game. The new content often takes place in wide-open areas that are larger than any areas found in the console version, and it also brings together different combinations of enemies than you see in the rest of the game. Likewise, it forces you to cover a lot of distance between most checkpoints, and it feels much harder overall than anything in the "old" sections of the game. One section even features multiple paths to get to the same location, which seems weird and out of place, given the rest of the game's extremely linear nature. The new content is pretty good, but it's not so mind-blowing that you need to drop everything immediately to see it.

Of course, the rest of Gears of War is completely intact here, as well. And the complete package, done better than it was on the Xbox 360, is exactly the sort of mind-blowing that you might need to drop everything if you haven't already played it. Aside from a few frustrating cases in which the checkpoints are a little too far apart--and perhaps the need for a difficulty setting that falls between the too-easy "casual" and the occasionally punishing "hardcore" setting--it's hard to find many faults with the campaign, which will probably take new players around 12 or 13 hours to complete. The war-torn world you navigate through looks really great, and you're always wondering what will be around the next corner.

The gameplay is really satisfying, too, thanks to a very brutal graphical style that makes your weapons look like they're doing extreme damage. Likewise, you'll appreciate the quality control with a mouse/keyboard setup or an Xbox 360 gamepad, which is fully supported in the game. Your main tactic in the game is to run up to an object and quickly hide behind it, then occasionally pop out to fire off some shots and quickly get behind cover again before you take too much damage and explode into a bloody mist with several meaty chunks. With a mouse and keyboard, you're mostly using the standard WASD shooter control scheme, but the space bar is used to run and to get behind cover, and you can hold down the right mouse button to pop up out of cover and take aimed shots. With the gamepad, the left trigger is used to manage cover, the right trigger shoots, and A is used for running. Both setups work just fine, though holding the space bar to run feels a little awkward. Furthermore, the mouse lets you turn and aim much faster than a gamepad does, which means that the mouse will probably be the control scheme of choice for online matches.

Up to eight players can come together online and break off into two teams for a handful of different game types. Examples include warzone, which is the normal team-deathmatch style of play, and execution, which forces you to run up and chainsaw or boot players who've been downed to finish them off. Other modes, such as king of the hill and annex, make the game a little more tactical by requiring you to claim and hold various points on the map. All in all, the multiplayer offering is just as savage and great-looking as the single-player mode, and with plenty of maps to choose from, it can keep you busy for a very long time. 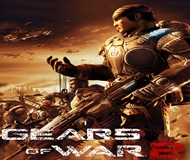 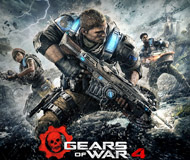 Some Kind of Hate