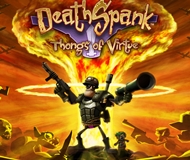 Just in time for the holidays! Following two DLCs have been added to the game, free of charge!

Be alert brave hero! A freezing yet terrifying dungeon has opened up in the Snowy Mountains! Horrible enemies of ice, flesh and terror await DeathSpank in this, the greatest expansion of all time!

A new warrior is ready to join the battle for Justice! Tankko the warrior is half-man, half-monster, all awesome! Tankko inspires fear in enemies and slight discomfort among friends.

Join DeathSpank in the hunt for the Thongs of Virtue! Fight through war-torn battlefields, tame the High Plains and sail the savage seas. Experience fast paced action-RPG combat with over 150 quests and tons of weapons, armor and loot to collect. 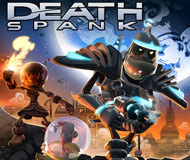 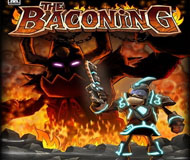